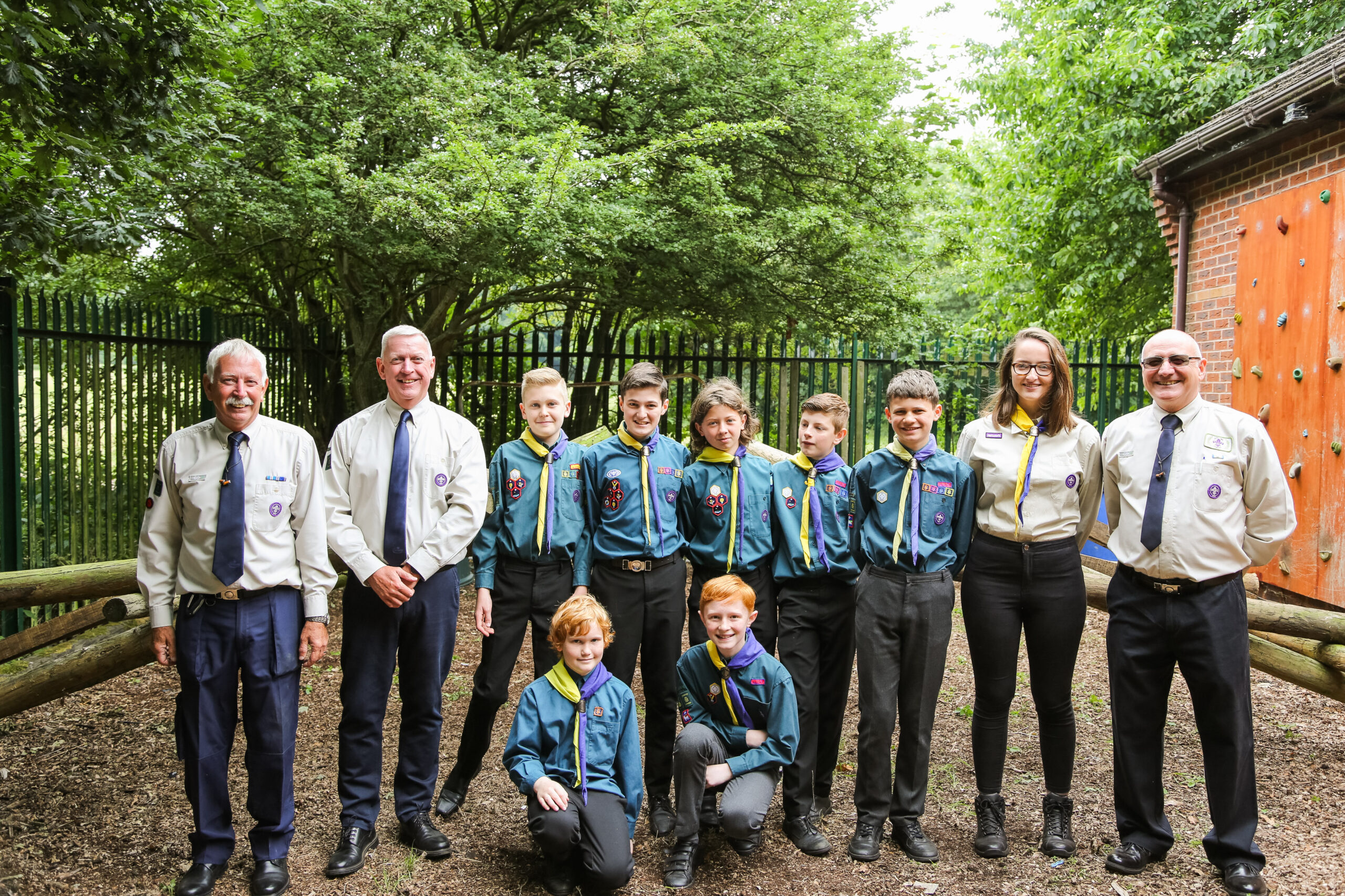 Our Scout section meets at the HQ on Rosemary Road each Friday at 6.30pm

Jump in and get muddy. Give back and get set. Scouts ignore the butterflies and go for it!
Scouts are a go-getting group of young people aged 10 ½ to 14 who:

Week in and week out, they gather in groups called Scout Troops to conquer the small task of changing the world.

What do Scouts get up to?

Being a Scout is all about discovering the world on their own terms and making the most of what they have, wherever and whoever they are.

Alongside their new friends, they’ll master the skills that will help them weather the storms of life, and try things they’d never get the chance to do at home or at school – working with trained volunteers to achieve whatever they set your mind to.

Scouts start small but think big. They stand up for what they believe in and make a difference on their doorstops, confident in the knowledge that their daily actions add up. In a society that can often feel increasingly isolated and inward facing, Scouts build bridges and break barriers. Throughout history, they’ve played all sorts of useful roles in society, and this legacy continues today.

Listening in, lending a hand

Scouts seek out the answers to the big questions, and to the smaller questions that don’t seem to matter but really should. Most importantly, they say yes more often than they say no – whether they’re taking part in their first ever camp away from home, or writing their first line of code, or accepting the last of the toasted marshmallows.

The Scout Troop is made up of young people aged 10½  to 14, led by trained adult volunteers who are on hand to share their skills and keep everyone safe. Traditionally, Scout leaders were nicknamed ‘Skip’ – an abbreviation of ‘Skipper’, which is a name given to a ship’s captain. In some Troops this name is still used, but these days it’s more common for Scout leaders to just use their real names. In this group Leaders go by their real names.

Within their Troop, Scouts are part of a Patrol – smaller groups of Scouts who look out for one another, and help each other grow. Scouts gather in their Patrols at the beginning and end of meetings. They might also stick together on expeditions or trips away, or during certain activities.

Every Scout is unique, but they find common ground in their shared Scout values, and make a promise to stick by them.

Making a promise when a new member joins the Troop is a way of celebrating these values. Every time a new Scout decides to join, they chat through their promise with their leader before saying it out loud in front of their fellow Scouts.

The process usually takes place once they’ve had a few weeks to settle in, and is known as being ‘invested’ into Scouts. Usually, the promise ceremony happens in our usual meeting place but, if the opportunity arises and the Scout agrees, it could be held during a camp, up a mountain or some other exciting location.